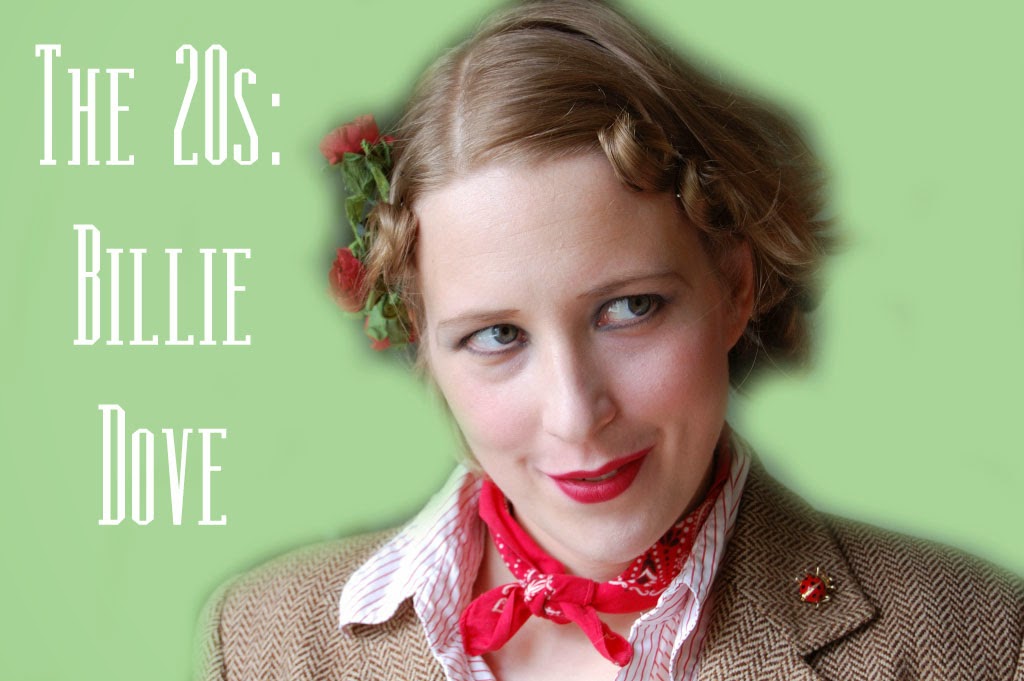 My reference picture for the 20s is also a painted magazine cover, though probably drawn from a photo of Billie Dove. An interesting makeup detail in the picture is the typical 20s manicure with the tips (and probably the half moons, though you can't tell) left white. Not the whole tips, like a French manicure, just a few millimeters. I didn't bother with this since I have really short nails anyway.
Face: I used my palest foundation since face powder in the 20s, like the 30s, was pretty much straight up white.
Blusher: The blusher application in this picture is interesting - it's really applied on the apples of the cheeks and all the way in to the nose in a way that's generally advised against these days. A very natural place to blush but for some reason not considered appropriate in the 21st century! Though since it's a drawing it might be the illustrator's artistic freedom... I used a very bright and pigmented cardinal red from Illamasqua (I don't think they make this shade anymore) but went extremely easy on it and barely let the brush touch it. Since the application is so unusual I didn't want to look too clownish. It would probably look better on a cuter, rounder face - mine is a bit long and thin, which makes intense blusher look really garish.
Eyebrows: Like the 30s eyebrows, these are dramatically pencil-thin, but not arched high above the natural ones. I followed my real eyebrows in a straight line and then prolonged them downwards almost to the outer corners of my eyes. They liked straight and/or sad-looking eyebrows in the 20s! You don't have to make them so thin and you don't have to do the downwards slope, just draw them on straight and low without a well-defined arch.
Eyes: The best match would be a matte brown eyeshadow. The one I used looked grey-brown but turned out to be completely grey upon application. As a general rule for retro eyeshadow, use either a colour that matches your eyes or a neutral, and always choose a matte one without glitter or shimmer. If they wanted shine, they mixed it with vaseline. Billie Dove might be wearing brown eyeshadow because she has brown eyes, and in that case it's correct for me to pick a cooler hue to match my blue(ish) eyes. I applied it thickly on my actual lids up to the crease and then blended up towards my eyebrows. I also used the same eyeshadow as an eyeliner underneath my eyes, but I think it turned out a bit too harsh - I should have left the inner corner bare. To complete the look, you should add a pair of absurdly long fake lashes, but I just put on mascara as usual. (Look at those circles under my eyes! At least it's realistic - they had no other way to cover those than photo retouch in the 20s...)
Lips: They had a lot of interesting lip shapes in the 20s, like "The Beestung" and "The Cupid's Bow", mostly involving underdrawing the lips particularly towards the corners of the mouth, but in my reference picture the lipstick follows the natural contours. If you have full lips I'd recommend underdrawing them anyway for a proper 20s look. The lipstick I used is Illamasqua "Salacious", the perfect matte toned-down raspberry red.  It looks lighter and brighter in the picture - red is so difficult to photograph. It's very dry so I have to really work it into the fine lines to avoid a sort of reversed feathering effect, but it's worth it because it lasts and doesn't smear, just fades elegantly.﻿
﻿ 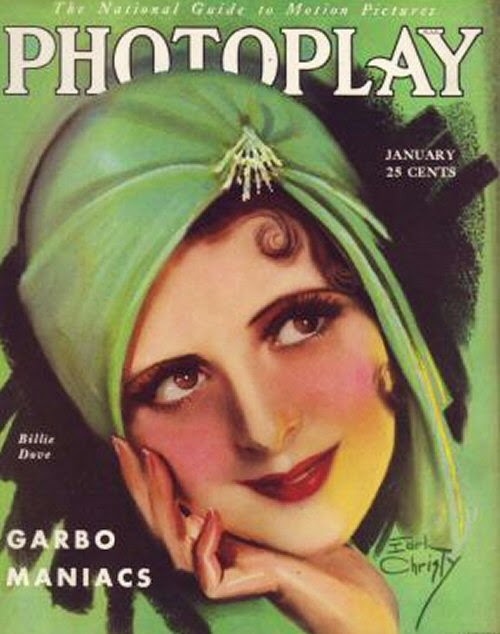 Thanks for sharing such a nice piece of information with us. 14 inch cable ties